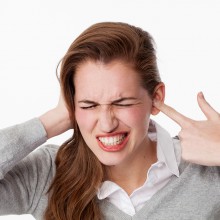 Kulak Çınlaması
Tinnitus can be defined as conscious hearing of a sound coming from inside the head. One of every 5 people in Turkey complains of tinnitus, a disorder that has been widespread in recent years. In tinnitus, the sound I heard from time to time but can also be heard continuously. The condition, in which the tinnitus is felt by only the patients, is called Subjective Tinnitus. Subjective tinnitus is caused by many different factors. These include simple and slight earwax buildup; general infections, burst eardrum, ear infections, fluid buildup in the middle ear, hardened and calcified bone joints in the middle ear. Tinnitus can be caused by the enlargement of the blood vessels in the head and neck region but can also be caused by a tumor arising from nerves.

Tinnitus increases with age, and despite being rare, the sounds in the ear can be heard by a second person as well. This kind of tinnitus is called Objective Tinnitus. It usually develops as a result of vascular abnormalities or sounds that occur in the middle ear due to contraction of the muscles.

The treatment of the tinnitus that develops due to many different factors varies as well. In this sense, it is of great importance to find the exact cause and apply a treatment procedure accordingly.